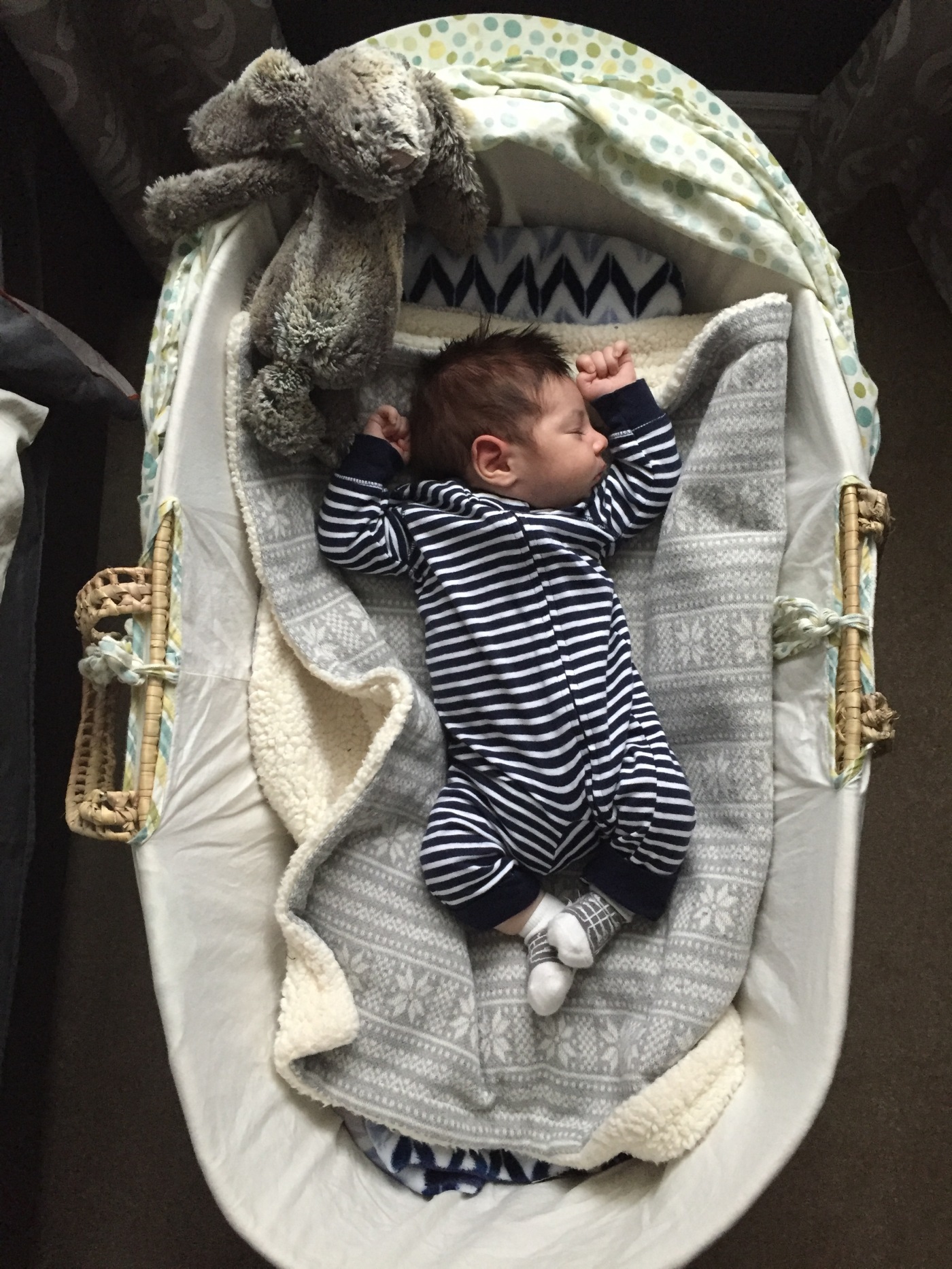 it’s been FOUR nights that our sweet little babe has slept in his bassinet, FINALLY!!! bed to ourselves. I don’t even care that he wakes up a little bit more because i am soooo happy he’s at least liking it a little bit. He used to just scream bloody murder as soon as he went in here, so in time we just gave up. but then at 1 month Zack just tried, he put a heating pad on the insert so that transition from one of his rocking him in our arms to the bassinet wasn’t so scary. then he put him down, put his favourite fleecy blanket on him, making sure to put his arms on top and he just went to sleep. putting his arms outside the blanket for us, was what was needed. he flails all around at night, and when he was swaddled he hated not being able to let his arms fly free.

let’s not jinx it now, and let’s be honest, the bassinet is on Zack’s side of the room and I’m still peeking over him about every hour to make sure our 5 week old hasn’t somehow like woken up, sat up & gone for a walk or something.

One thought on “i love you, but i need some space.”